Badass Car Shoot with Erin and her MINI Cooper Countryman

I love, love, love to shoot a person with the car that they love and capture their personality. This shoot was about Erin and her Countryman. Erin is another photographer friend of mine and we like to shoot together. Tonight she had a vision and I had my own vision so we headed out with our friend Chris in tow and went into DC. I helped Erin with her shots of Tycoon her Countryman and then she posed for me to get my shots. Erin is sweet and pretty and she's tough too. She and her MINI are a great pair and she can drive it like she stole it. So we set up the lights and used my MINI as part of the lighting by side lighting with the headlights. We took this shot at a parking lot in front of the Capital. It's such a great location to get the iconic DC shot.

This one is my favorite from the shoot, I love the context with the Capital in the background

I'm a big believer that cars look best when shot at a low angle so I laid down on the pavement  to get the following shot. We lost the Capital at this point but it captured the look I was going for.

Last is a shot from the lighting check of just the car. I like to get the car lit properly and then bring in the model. In this case the headlights were causing a flare, but I like the drama that it added to the image. 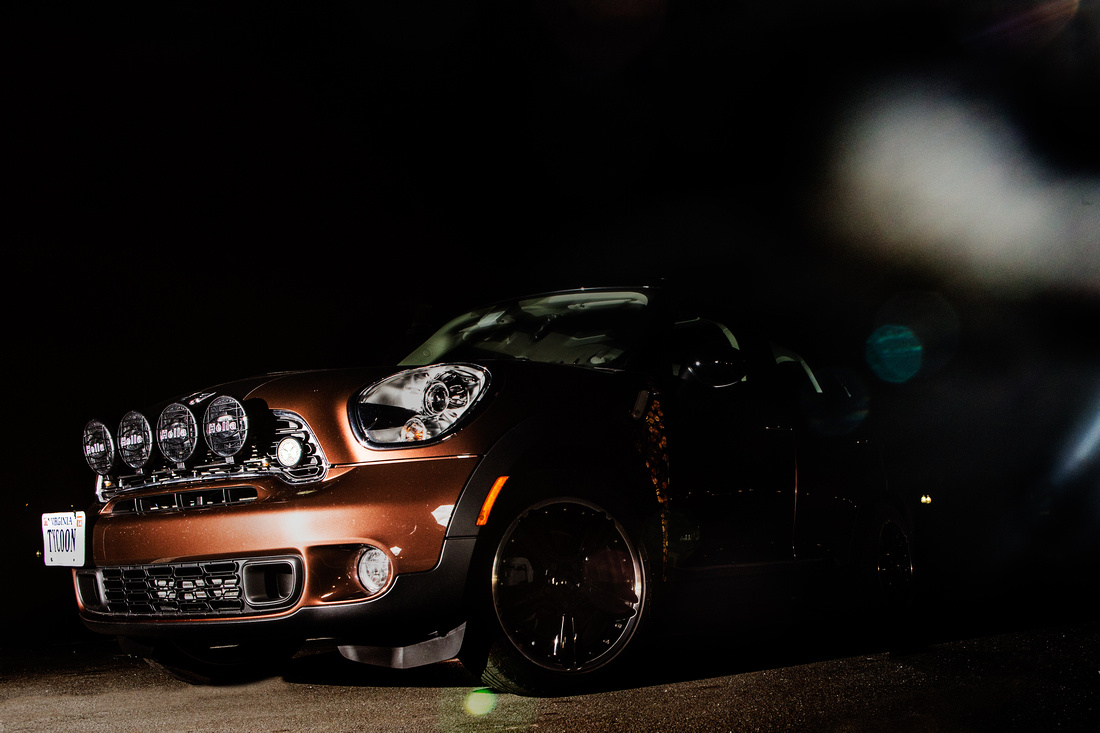 These images were all shot using off camera Speedlites and the headlights of my MINI. The camera was set to not capture most of the ambient light but it was also late at night. It was a really fun shoot but I think I'll wait till it's warmer to lay on the DC pavement again.