Chris loves his MINI Rocko and wanted some shots together. We collaborated with an awesome shop called PTuning to do the shoot at their location http://www.ptuning.com/.

They set us up in the dyno box which had some interesting lighting on the ceiling. Normally I will try to get rid of ambient light, which I did, but I liked what these lights were doing so didn't work to totally eliminate them. I also added additional light and we got to work getting creative.

I started off using a trick with the cameras' white balance and gels. I set the camera to a low kelvin setting which makes it turn everything blue and put a yellow/orange gel on the light that would hit Chris. This created a bright blue light on the car while Chris maintained his regular skin tone. I also processed the image to have a gritty feel to it. 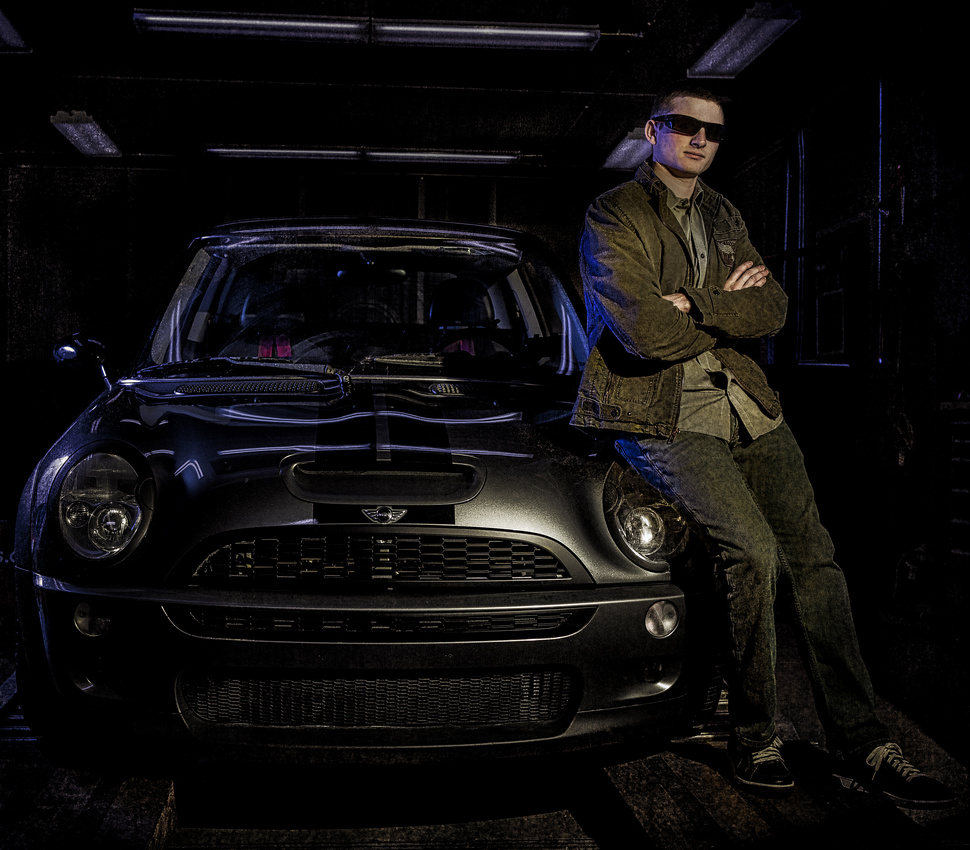 Then we worked with more color balanced lighting. I shot from low to give this image impact. I also processed it with texture and desaturated it. We were going for a very gritty look in this shoot. 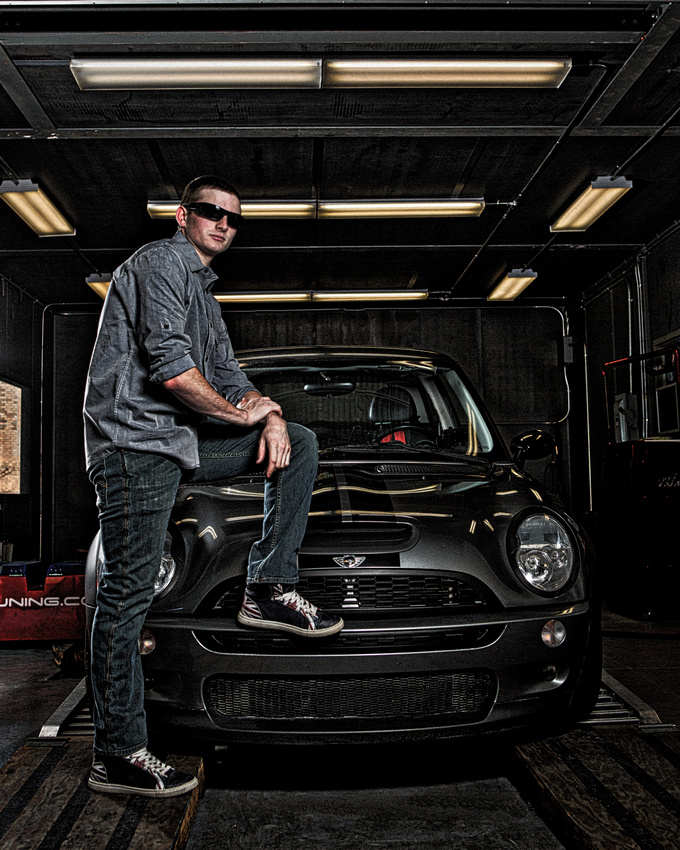 This image screamed to be flipped to black and white, so here it is 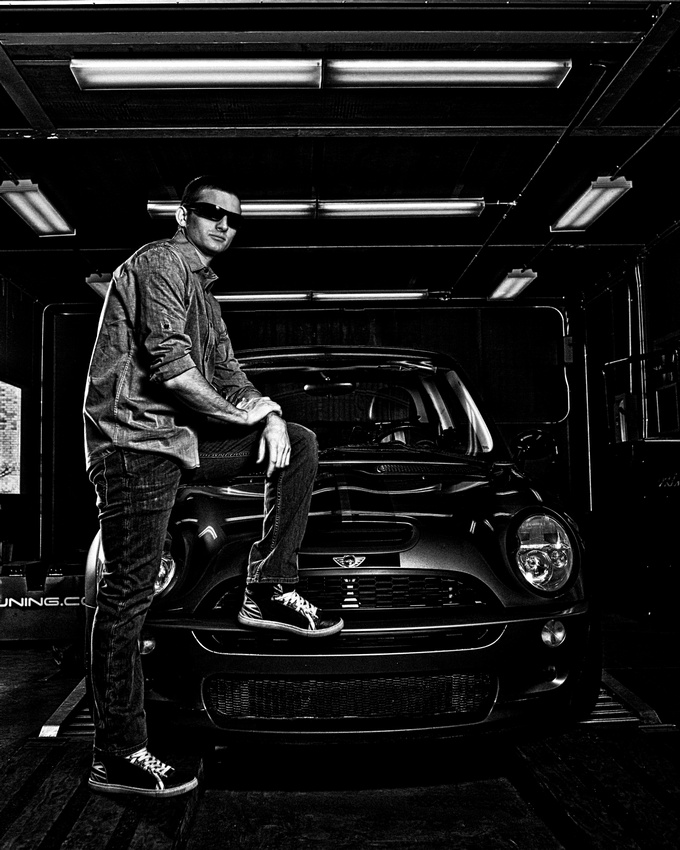 In this next image I wanted some Photoshop fun so I shot Chris in his car as if he was driving. Later I created the blurred background. I also played with the color tones to really bring out the red of his racing harnesses. He loves those things so I wanted to highlight them, while giving the appearance that the car was screaming fast. 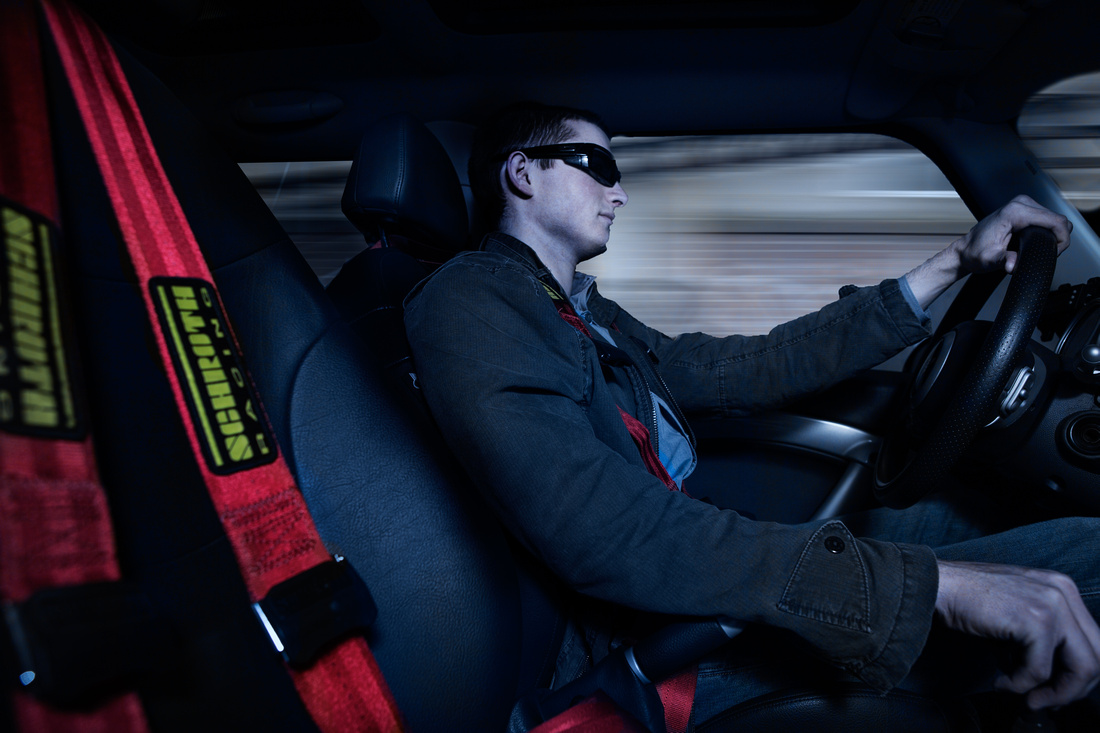 This last image is just Rocko the MINI. When setting up the lighting I took a few shots of the ambient light and the white balance set to a low kelvin value. I really liked how the lights reflected on the car and decided to process this one to enhance it 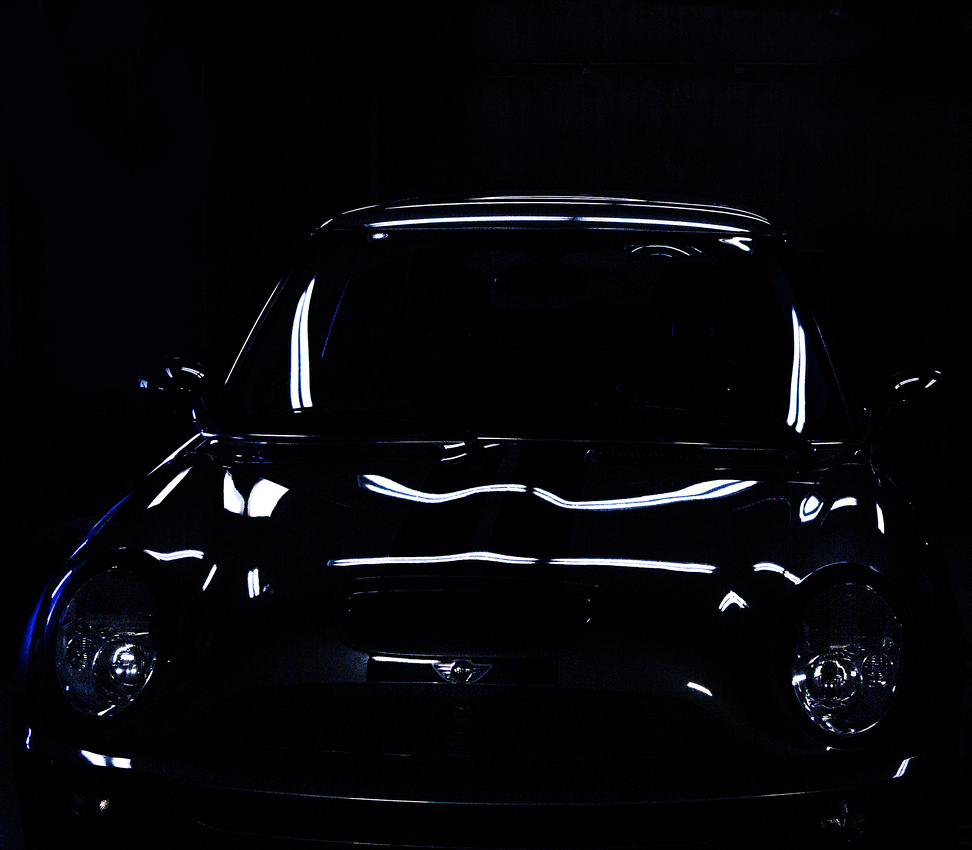 Chris has a strong connection with his MINI Cooper. He really loves the car and he wanted these images to not be about just him or the car but about them as a pair. We also wanted to get creative and have some fun with this shoot. We had a lot of fun and while none of these images capture his friendly smile there was a lot of laughing during this shoot.

It was awesome that PTuning not only let us shoot there but gave us such an amazing area of the shop to use. They are an awesome shop and they have been very supportive of the MINI community.

As a photographer I love getting to do creative sessions like this. I especially enjoy shooting people with their car or with a representation of something that they love.