It's been quiet out here lately. I had knee surgery in early June and haven't been able to do a lot of photography. However while I was recovering I watched videos, studied photography and continued training and inspiring myself. While I was out during the first week after surgery I didn't have a lot that I could do so I logged in to Creative Live to watch the free training. There was a series broadcasting from Amanda Diaz. I had never heard of her but soon became a fan as she showed Do It Yourself fashion photography. I was so excited after seeing what she was doing that I lost sleep with visions of my own inspiration.

Stephanie is my muse, she's one of my favorite models to work with and always up for a shoot. I kept seeing her in green and costumes and themes flitted through my mind until I decided on doing a goddess shoot and having her represent the huntress. Artemis is the classic huntress and I know she's pictured with hounds and arrows; what she represents in not only hunting but a connection with nature and the animals that includes protecting the wildlife. While I couldn't access bows and hounds I did try to capture her connection with nature through these images.

I worked with Stephanie to come up with an outfit that would be suitable. We wanted her to have a mystical look while also blending in with the forest. We chose greens and browns and added a touch of bling. My friend Sara came over and did the makeup, it was a professional job. We literally built this costume utilizing fabric, ripping an old skirt, glue, feathers and some rhinestones. The crown is an older necklace of mine and the top was literally made on her body along with the skirt and feather decorations.

We then went to a friend's house which is very near mine and hit the woods behind her condo. The woods have a little creek, they're dark and green and the area is actually very urban. I brought minimal lighting and we got to work. Below are some of my favorite images from our shoot. I intend to do a series of these and am excited about each and every one of them. With luck there will be Athena the goddess of War, Selene the goddess of the Moon, Aphrodite the goddess of love, the northern goddess and hopefully a few more. Each session will embody the spirit and strength of her chosen goddess, I can't wait to see how they come out. 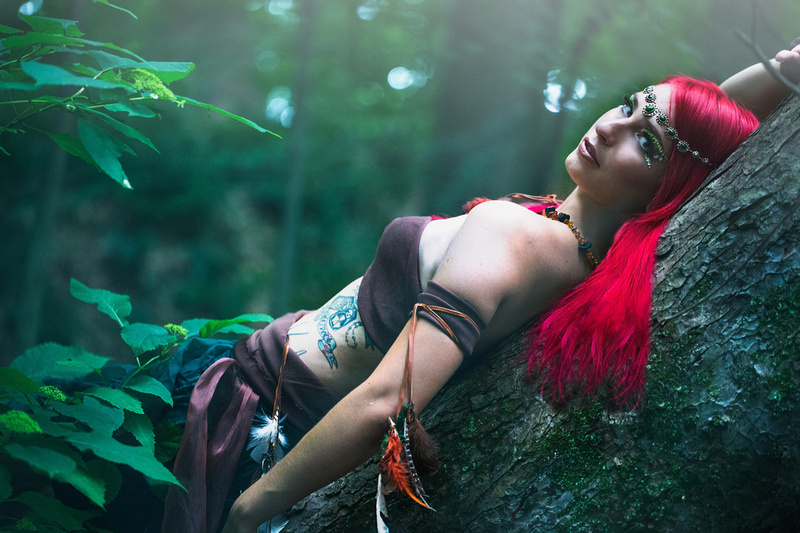 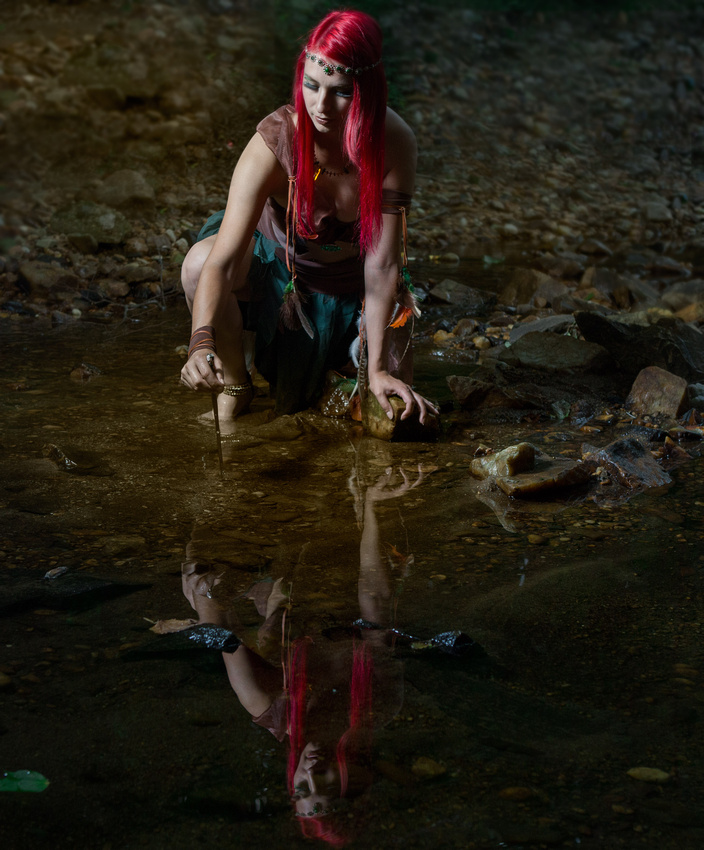 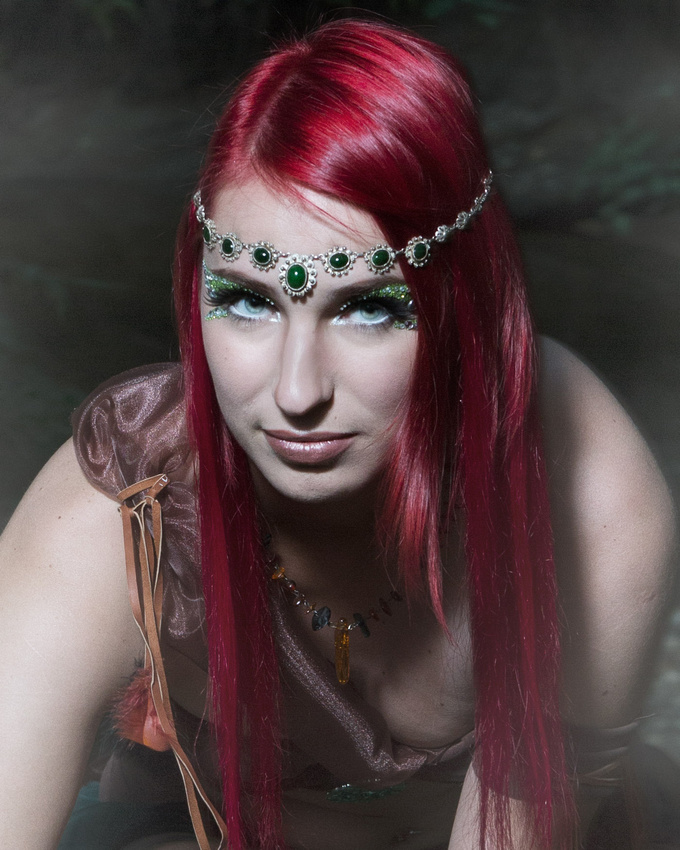 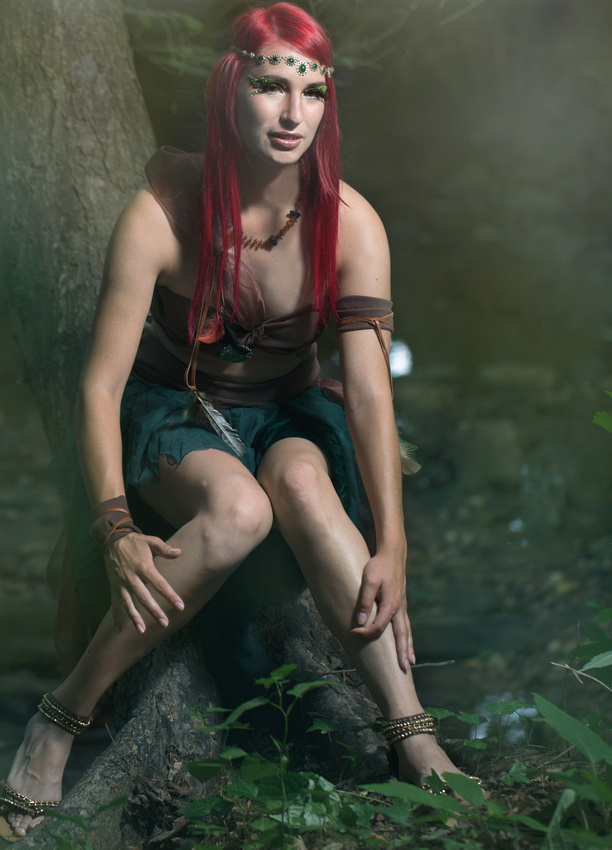