I'm almost caught up blogging with where I am in my weekly project. So this week we're up to showing weeks 5, 6, 7 and 8. I did just complete week 10 and will get that up with 9 in another blog. It seems like too many images at once is just  too many images.

Week 5 isn't new to those of you that follow my blog because it's Sherri and her adorable MINI Precious. While it would have been fun to sit in the backseat while  she whipped around the twisties with a big old permagrin, this is a Photoshop drive. I sat in the backseat on a cold winter day in the parking lot of her condo. Later I added the road and motion to make it much more interesting but I will tell you the trickiest part was moving that needle on the speedo. It just wouldn't look real if she was going 0mph, so I moved it and tried to catch the details to give the illusion of motion. 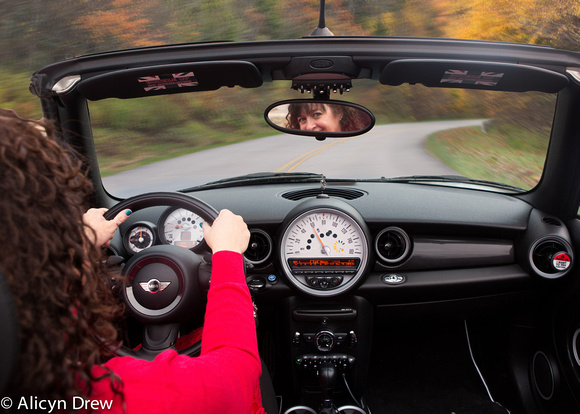 Week 6 is my Winter Goddess composite of Sara. Sara was shot in the studio where it was toasty and warm. The background is the golf course behind our house, which conveniently had a nice little storm right when I needed it. Lately the storms are not as convenient and I have my pictures so mother nature, you can stop now please. This one was a lot of fun because I composited the fabric to swirl around her and give that etherial feel. 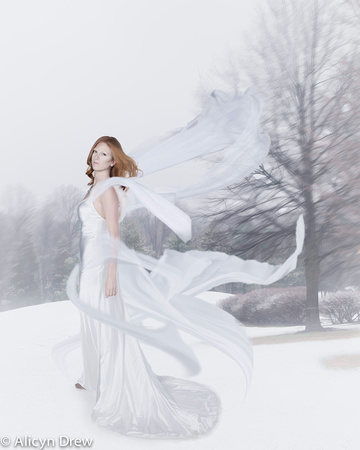 Week 7 Brings us back to MINI Coopers. One of my fans asked for me to create a background that included a Dragon. This was a real challenge since I didn't think I had any pictures of Dragons and I really looked through the stock sites and nothing appealed to me. Then I realized that I had a picture of the Dragon statue that is near the end of the Dragon and I used that. I added some nice smoke and fire and a MINI Cooper that was sitting on the lot at the dealership waiting to be adopted. 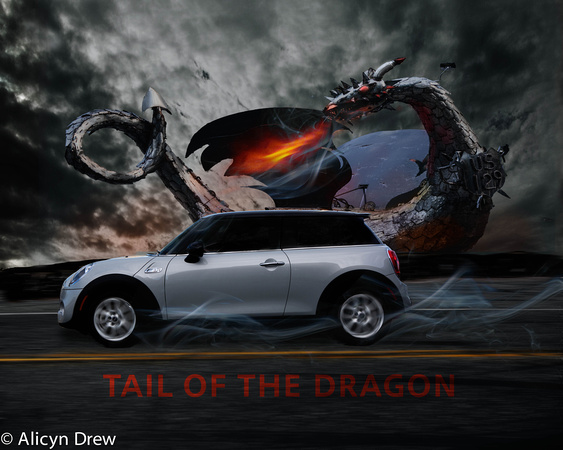 Week 8 brings another MINI challenge with another MINI that I shot in the lot at the dealership. The problem here was when I pulled the car into Photoshop I suddenly realized that the entire world including me was reflecting in the paint. Arrrrrrrgh!!!! I did not want to get another car, as it is I just have a shortage of straight on bootie shots. Instead I spent about 3 hours in Photoshop removing nasty reflections. I learned a lot about that AND the importance of shooting the car with a few reflections as possible. Bring the polarizing filter next time!!!! 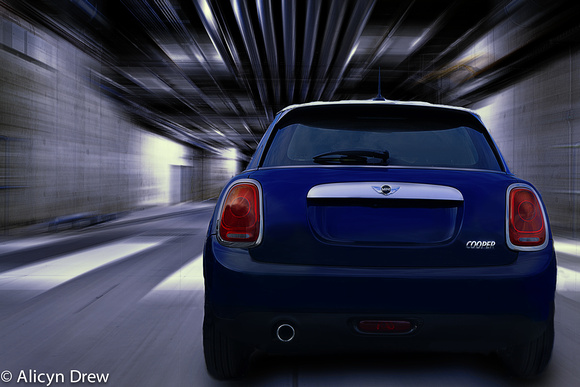 I hope your'e enjoying my project of challenges as much as I am in creating them.