I was recently contacted by my favorite female race car driver Christina. She needed a good shot of her with her car at the track for something with Turner Motorsports. I can never say no to a good idea or a photoshoot with Christina so I jumped at it. I then realized we needed to get to a track at the crack of dawn to get early light and we needed the track to be cold (no screaming cars racing past us) so that we could get near it to shoot. The closest track is Summit point which is just over an hour away. Sunrise is just after 6:00AM soooooo, that meant my ride came to get me at 5:00AM.

I was up bright eyed and bushy tailed by 4:20, ate breakfast, drank coffee and heard the sound of a  rumbling race car exhaust out front, this was followed by the ding of a text "I'm out front". We loaded all of my gear into the car because you just never know what you're going to run into and I like to be prepared. I had lights, light stands, modifiers and of course camera and lenses. In the end, we needed the camera and one lens my trusty 24-70mm.

I was very excited because while I do autocross I had never actually had a ride in a race car and Christina's race car is super cool since she's super cool and she had done so much of the work herself. This girl knows her cars and she can drive. The car is an older BMW M3 with a cassette tape player! She said it's a '98. The seats were holding me nice and tight and she adjusted my 4 point harness to be comfortable since we weren't on the track. I felt very safe. please note the pink roll bars 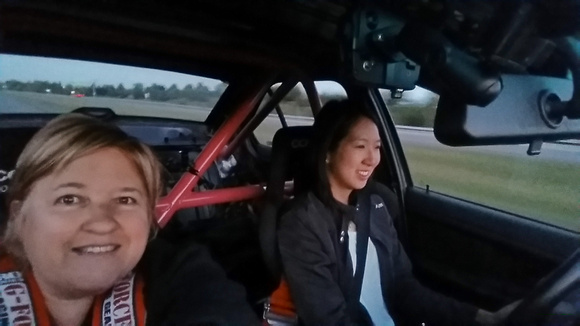 We got there and had to sign waivers and get wrist bands. Race tracks are serious places 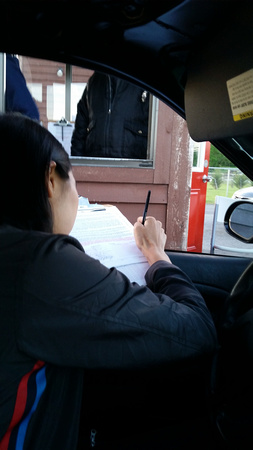 Once signed in she drove to her favorite spot where we parked the car as close to the track as we could without alerting any of the security. We sensed that they might care so we were very careful. I grabbed this interior shot because the car is so badass. 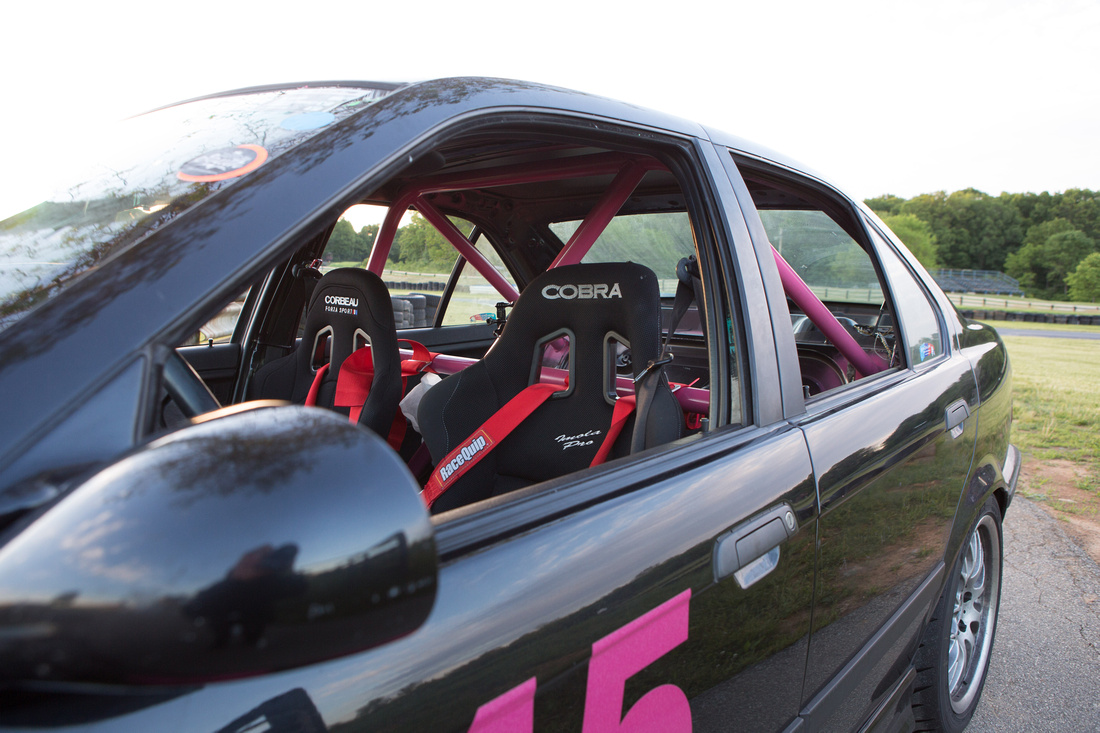 As you can see, she's in her happy place, this was by the old gokart track 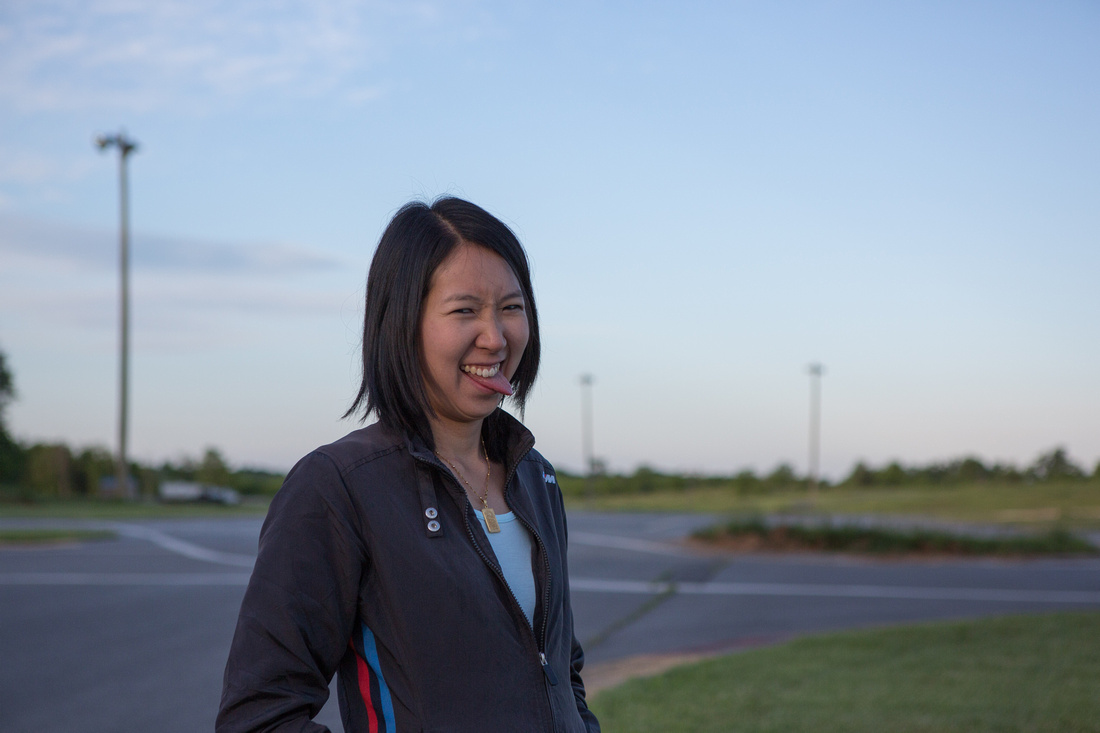 Christina was also showing off the track and the various courses. The place was empty at 6:30 in the morning so we were having fun. Here she is on top of the bridge checking out the track. 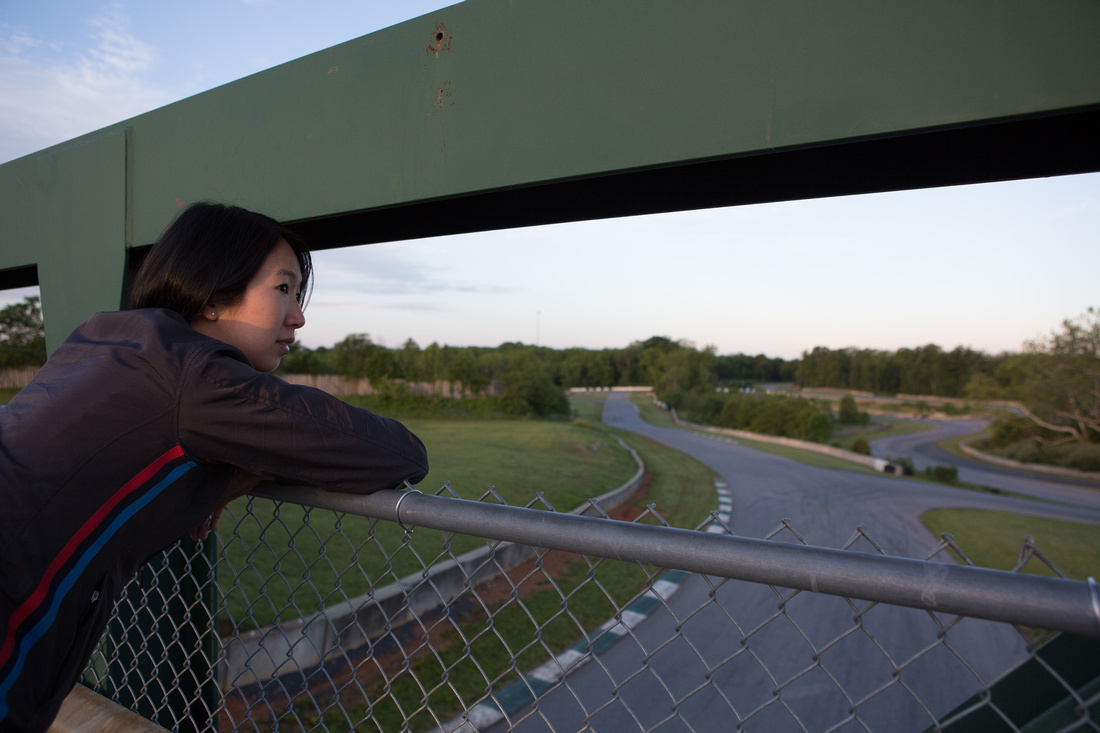 A very official guy in a pickup truck came by and asked what we were doing. He was satisfied with her answer that she was showing me around and told us not to go past the bridge. We could see they were setting up a skid pad. We took a few more shots on the bridge and then she made a lovely 7 point turn to make sure we never actually crossed the bridge. This is the face you make while executing the 7-point turn on top of the bridge that you are not allowed to cross 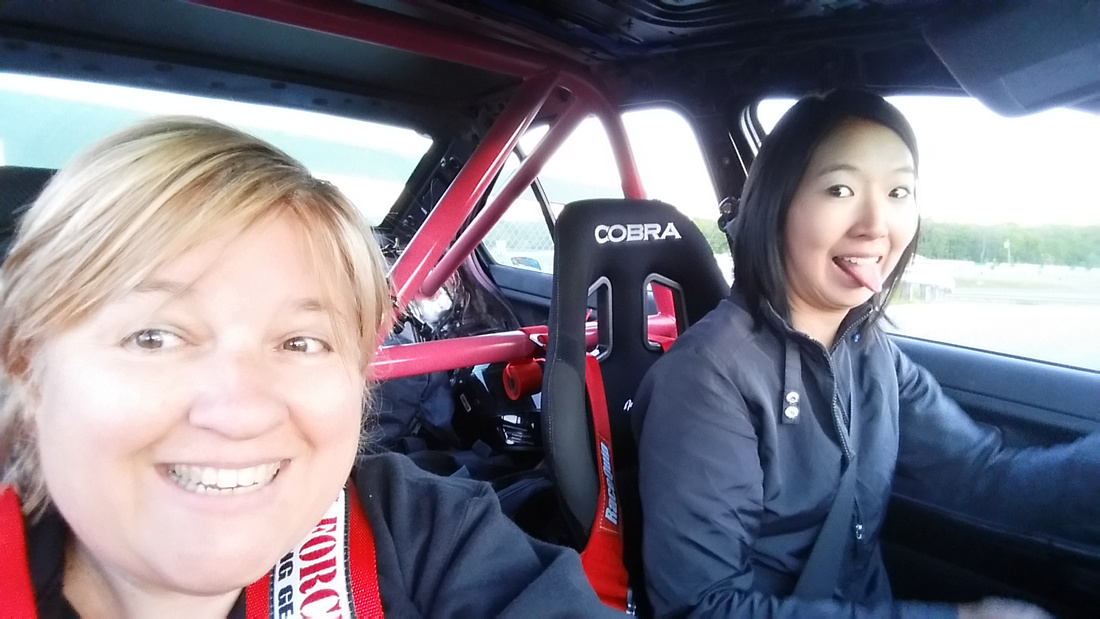 We were breaking rules, we did indeed park on the bridge 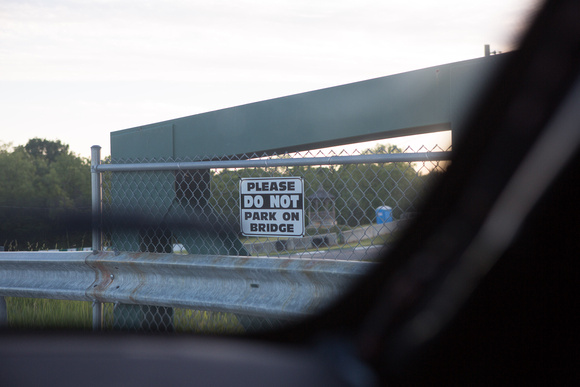 After a good exploration and about 150 images taken we headed out and were starving. You get hungry just being at a race track or maybe it's from getting up at the crack of dawn and it was now fully daylight. We went to Silver Diner in Reston to get some food! 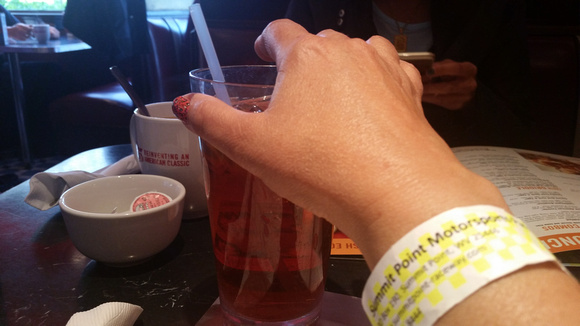 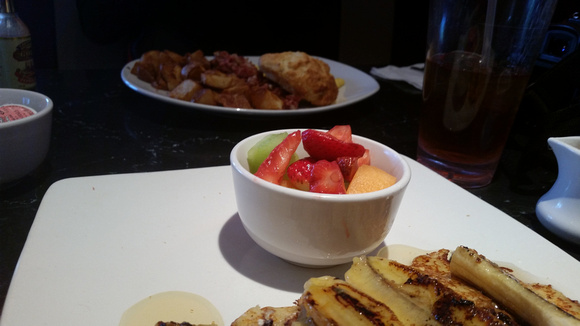 Silver diner was amazing. We inhaled our food like we had never had food so delicious. She then took us home and I shot one last image of her driving her fabulous race car 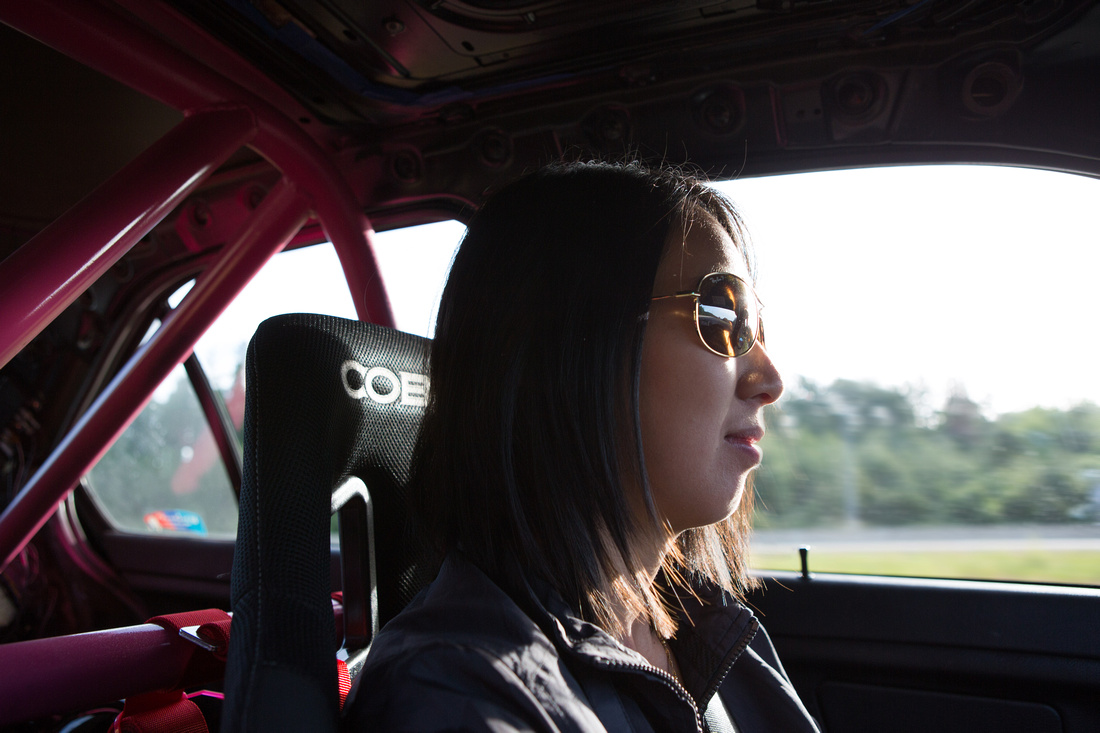 We did go out there to get some serious images and here's the one that she chose as her favorite. She's at her favorite part of the track. The lighting is really lovely when you get up early and get there for that soft morning light. She's framed by her race car and the curves of the track behind her. 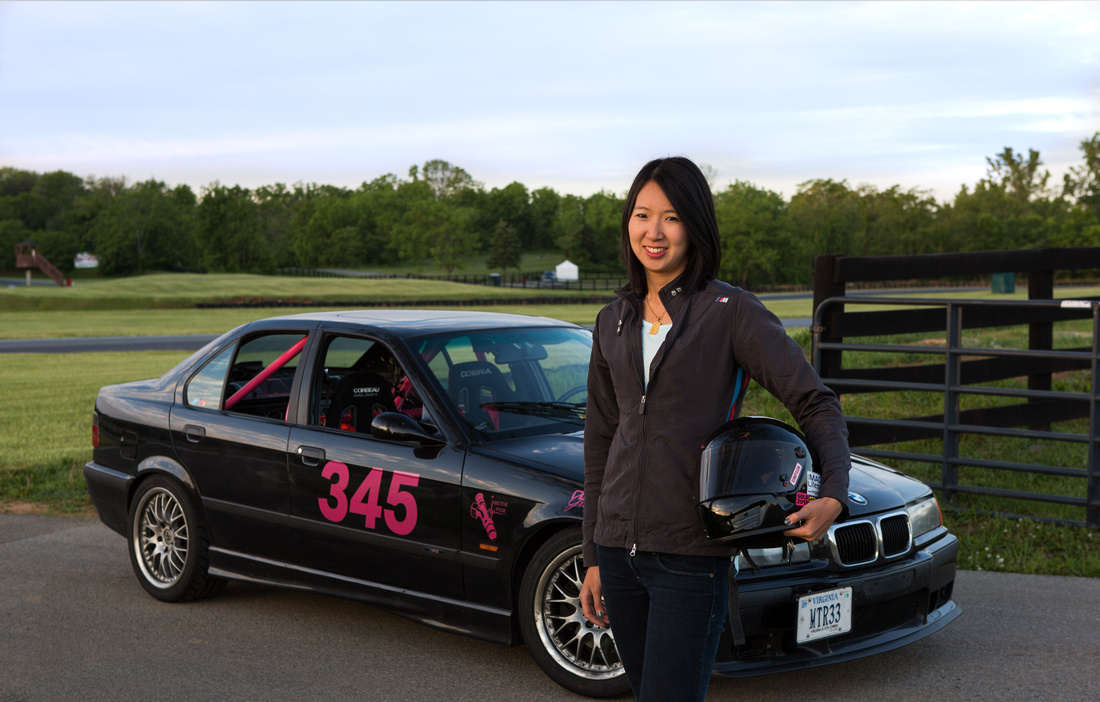 It was a wonderful adventure and I am so happy that she thought of me to get this image of her.