Portrait Photographers are always looking for models to work with and it seems that Cosplayers are always looking for photographers to work with them. Imagine my joy when I found a group working to bring Cosplayers and photographers together!!! A few weeks ago, I finally managed to get together with this wonderful and energetic group. We all met at the Kennedy Center in DC on a beautiful Saturday morning. I wanted to travel light so I brought along my new ice light and a friend Tyler that was curious.

There were about 50 people at the event and I admit, I was a bit intimidated. The costumes were amazing and everyone was friendly. I started chatting with people and found a cosplayer that was new. She had an original Wonder Woman costume on so I asked her if we could work together. We headed to the back patio where the lighting was soft and I snapped off some shots. This image here was fun and I converted it to a cartoon. I love her fierce gaze!

As we wandered around Tyler suggested that I get some shots of Harley Quinn and the Joker, we decided to find a love seat to shoot them. These two were really popular but we finally got them and took some shots. I loved how Jennifer (Harley Quinn) had attitude and she really was comfortable in front of the camera. I created a composite from one of the shots and created this image. 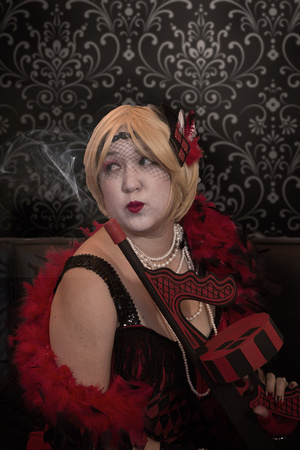 Next up was Michelle the evil Sith woman. Tyler suggested shooting her by the millenium  stage. The stage gave us a great background to work with. I was impressed with how fluidly Michelle worked through her poses when we decided to take shots to set up a fight scene. Tyler jumped in to give her a reference point. I created this image for the final scene 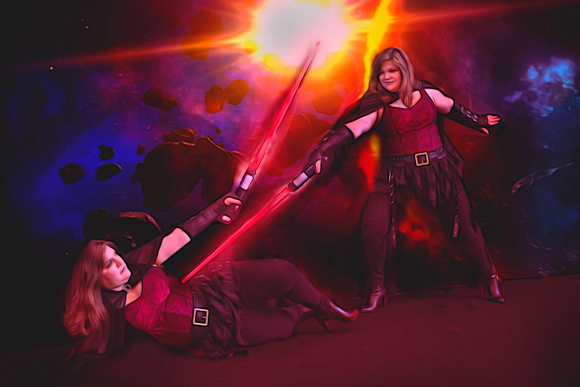 Somewhere in there we met Lucius Malfoy and grabbed some shots of him. I had him throw up his coat to get it moving and then created another composite as the final result 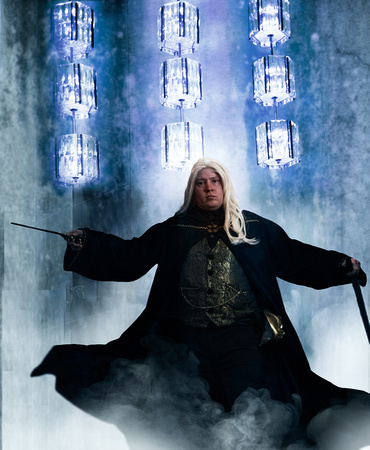 Tyler had some ideas and we headed over to  Bill as Batman. We used the single Ice Light and shot him by the millenium stage, later I composited him into this scene 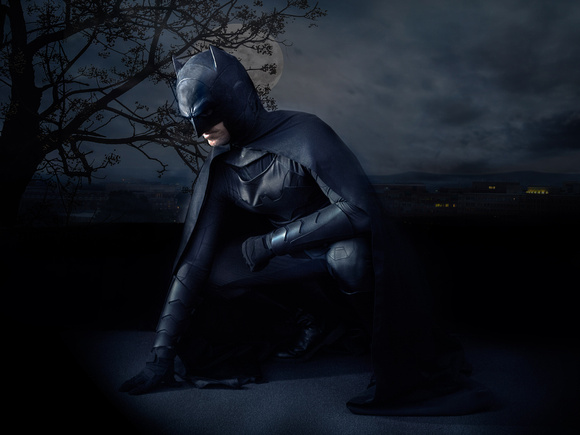 And last but not least is Brittney as Black Cat. We used one light and worked with her for some good poses. She really knew how to throw a look and here's a final composited image Meowwwwwww 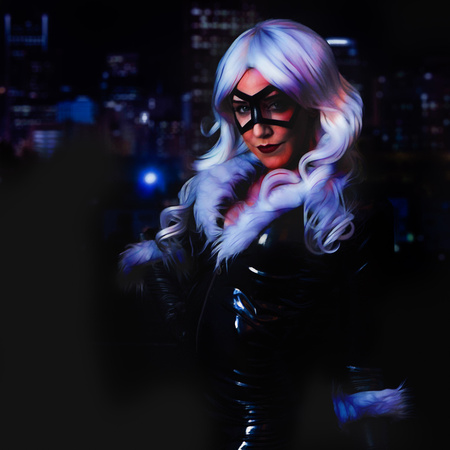 Working with Cosplayers was a ton of fun. For one thing they really know how to apply their makeup. They get into the personality of their look and they become it. They really do connect well with the camera which makes it a joy to work with them. I'm really looking forward to the next Meetup