Almost every New Years day since 2012 I have taken time to go out and shoot something. I really like it to be some me time or an adventure with Mark and the camera. This year it was inspired by my genius invention of the morning. I had been organizing my studio yesterday for my uber exciting New Years Eve and I came across my old Gorrillapod and thought once again how I wish I could use it to hold a light because the Canon 5D MIII was too heavy and valuable to risk to this thing. When this time I said to myself "This must be possible, it is really an ingenious lightstand." So I googled and found ways to turn a tripod into a light stand and before buying something I went down to the studio this morning and found this "Worthless adapter"  that I bought years ago and didn't know why. Uhhhh that baby fit perfectly on the Gorrillapod and I was able to snap one of my regular light stand adapters over it. Excitement is not enough to describe my joy as I ran upstairs to show my husband what I just figured out!!! 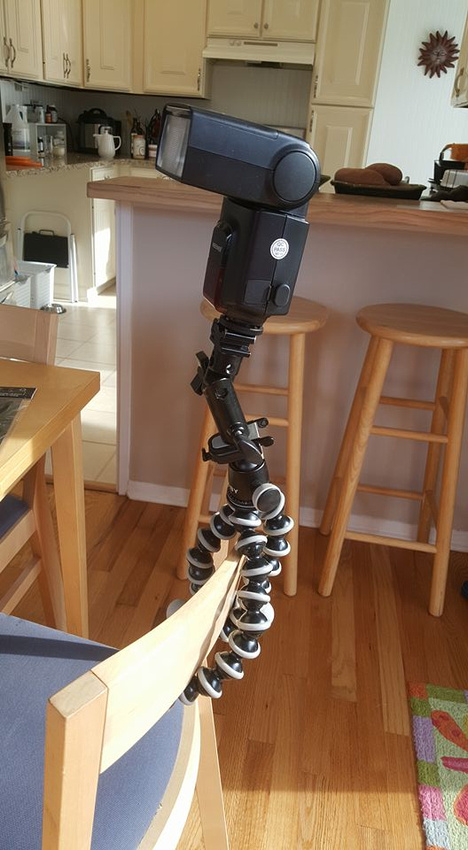 A thing of beauty

This means I can go shoot at odd locations without an assistant and have a chance of securing the flash somewhere without a cumbersome lightstand. Sure it won't work all the time, but there are times that this little thing will be gold to me. Sooooo with this in mind I grabbed my gear and headed out to the woods near the house. I also brought my tripod because I just like timed exposures of moving water. As I headed  to the main path and found the bridge I heard moving water and charged into the brush to get to the right location. Before leaving the house I had grabbed my warm fuzzy hoodie (Big mistake) as I was soon one with the thorns and my coat was grabbing everything. However I would not be deterred and much to the amusement of the people on the footbridge I was soon at my coveted spot on the river. I grabbed this lovely long exposure while down there, just used a neutral density filter and tripod. I think it was about a 20 second exposure. 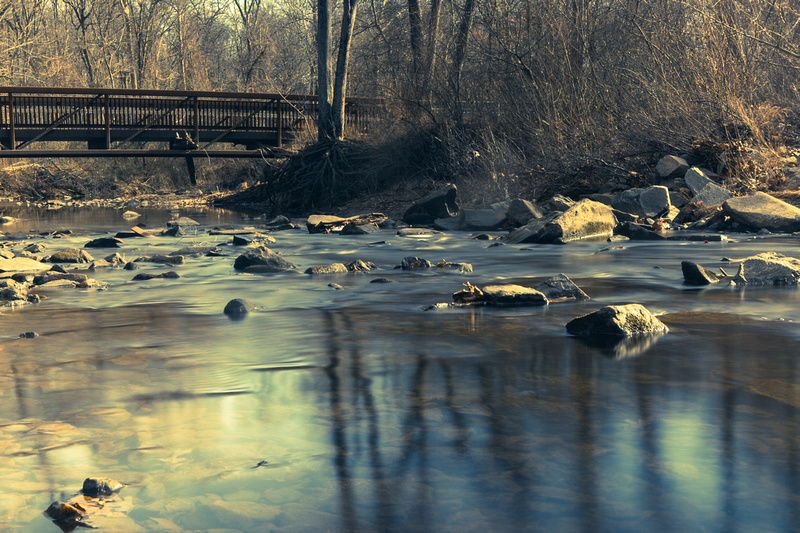 Back into the brush I went to the other side of the bridge where I knew there were some good root formations that would be awesome to test my new lighting set up. I was traveling light so didn't pack a modifier, I set the zoom on the flash to 28mm to get a spread of light. wrapped it around a branch and set the camera as I would for the studio ISO 100, 1/100th shutter f8 and took a test shot. Here' the first image with no edits, it was a bit too moody for me but was the start of the dramatic look I wanted. 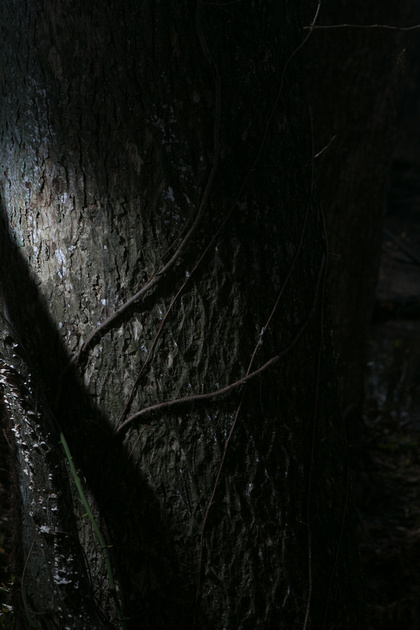 Played around with the settings and the flash to bring in more light but I didn't want to lose the dark night feel and the shadows. I got an exposure I liked but wasn't happy with the big shadow caused by a branch between the light and the subject 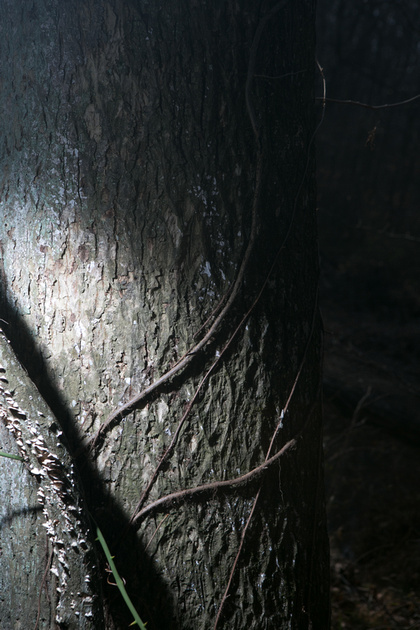 Soooo, I moved the light to remove that shadow and shot again. This image I liked and edited in Lightroom only to get a cooler mood and tone.

Next I found some area where there was water and looked around for textures. What caught my eye was a bit of green and I decided to shoot it. By now I was shooting once with no light to see a basic exposure and then adding light to add drama, depth and interest. Here it is no flash 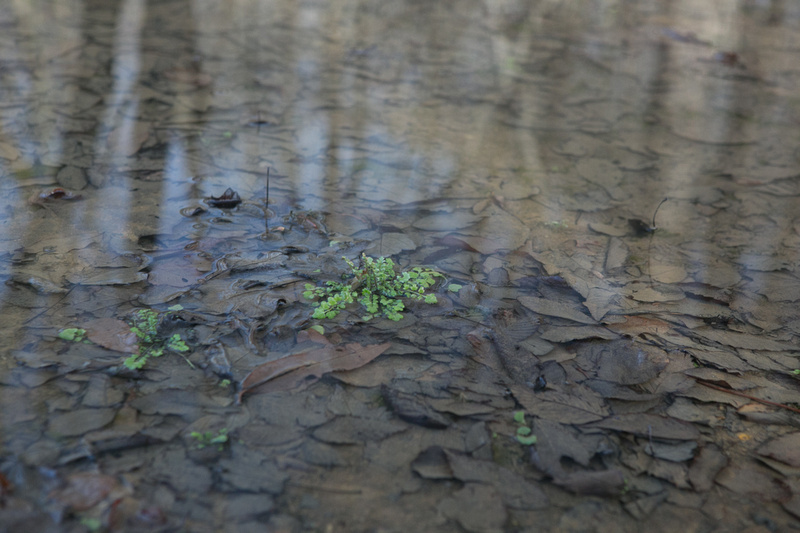 I set the flash up low to the ground and fired at the plant, I really liked the light fall off and the intensity that it added to kept that and edited it. Adding the light made the greenery appear brighter and more alive, it also added some depth to the water. 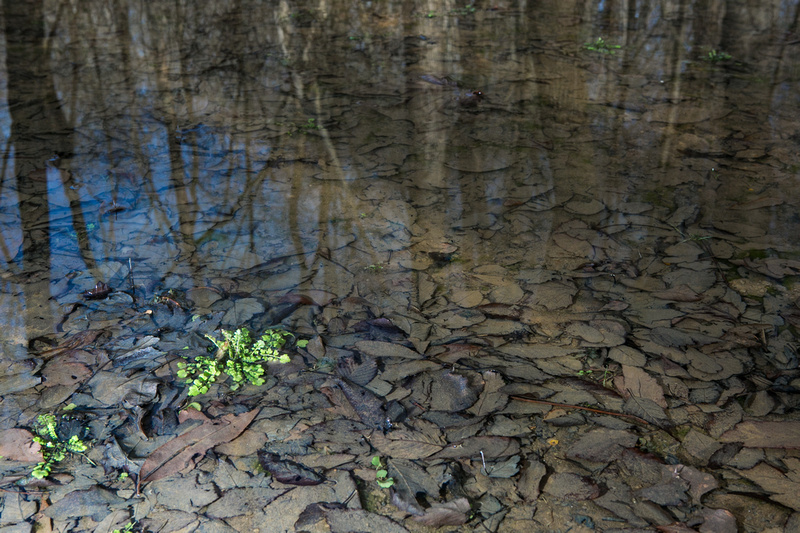 The last few shots are no additional light just taken as I walked the trail out of the park. 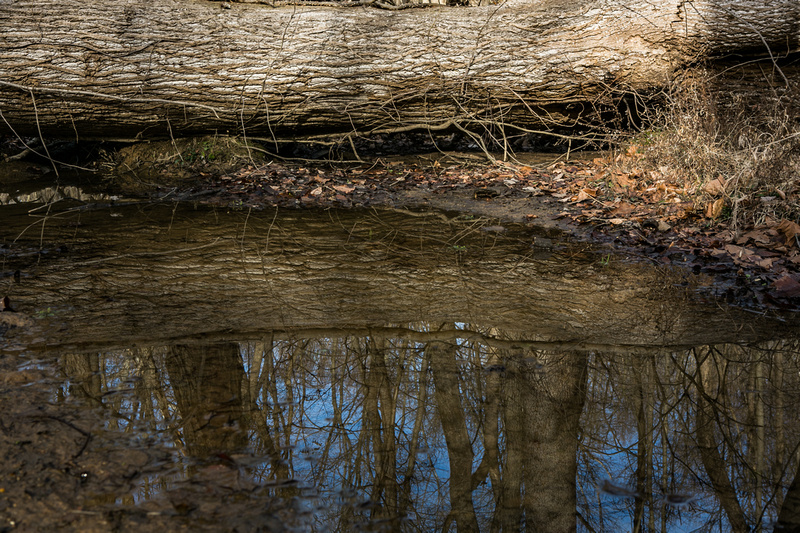 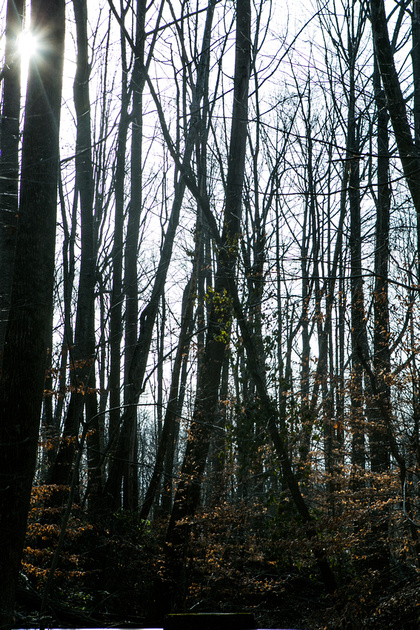 Today was a relaxing and inspirational way to start the new year. While I am not a fan of cold weather I have found winter light to be so beautiful. It seems softer and more forgiving than summer light. I was blessed with a warm day to enjoy the woods, the peace and the solitude. Used the time as a teaching moments and also to just immerse myself in something that I love.

Thank you for reading my blog. Wishing you a wonderful 2017 and much happiness and creativity