A while ago I started a goddess project. The idea is to shoot women as goddesses of their choosing and bring out their inner strength through imagery. The project stalled for lack of models, however it is now in full swing again. Thanks, to cosplayers. I am full and starting to shoot the series again. Where will it take me, I don't know. I suspect it will morph into something else. For now it's about empowerment and beauty, strength and also a bit of fantasy.

I am also now letting the model pick their goddess and make her their own. She can be modern or classic, I am open to all interpretations.

I really did want to shoot an Athena and Alexis jumped at the chance.  I asked her, "Why Athena?" and this was her reply

"Greek mythology has always been something I've enjoyed reading about since I was very young, with Athena being my favorite of all the gods and goddesses. So when Ali asked me which goddess I would like to portray for her photoshoot, naturally I selected the Goddess of Wisdom and War. While most of the other gods and goddesses had tales that centered around their numerous love affairs or bouts of petty jealousy, Athena has always seemed so level-headed by comparison. Unlike Ares, the God of War, Athena does not take pleasure in battle. She would rather settle disputes through mediation, only entering battle if her lands and people are threatened by outside forces. In times of peace, she does not bear any weapons, and is also the patron goddess of handicrafts, mathematics, literature, and innovation. Many versions of Athena depict her as a fierce warrior, but I wanted to incorporate the many sides of her personality into my portrayal of her as well as the costume I made for the photoshoot. For the costume, because she is one of several virgin goddesses, I decorated my corset "armor" with pearls, which are often regarded as symbols of purity and chastity. To represent her no-nonsense personality, I kept the rest of her costume simple and modest with a loose-fitting black gown and silver shawl. I saw her as a goddess who is stern but merciful, and so I wanted to include an air of softness and tranquility to her, with a touch of wildness to her, which Ali captured perfectly in the final photos."

We started the shoot in the woods near my house. It was shot in mid winter which made for an open forest. I find that even full winter sun can be worked with as it's softer and less harsh than summer sun. This image was taken in full sun. Please note the details of the bodice as they are intricate and beautiful. Alexis has a true talent. 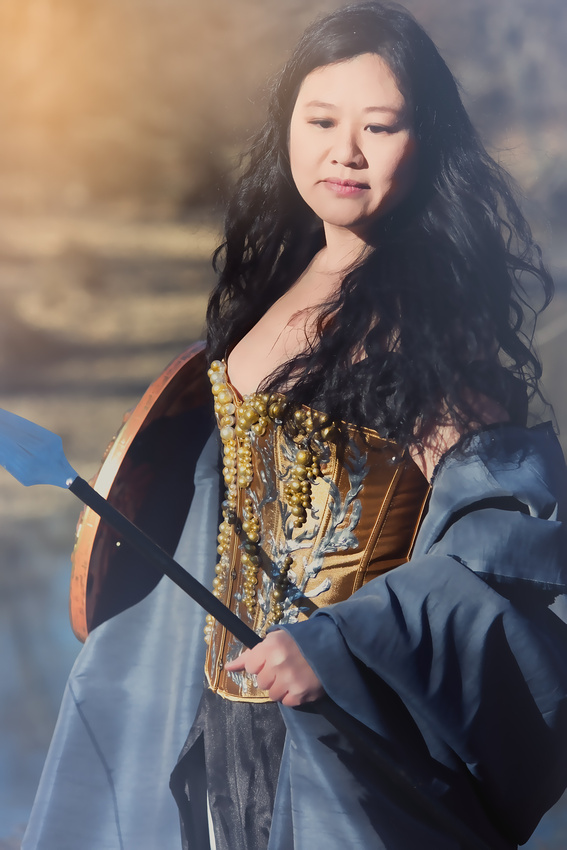 Alexis also has a very soft and gentle nature which came through in her images. The following images were all shot in my garage with a fog machine. 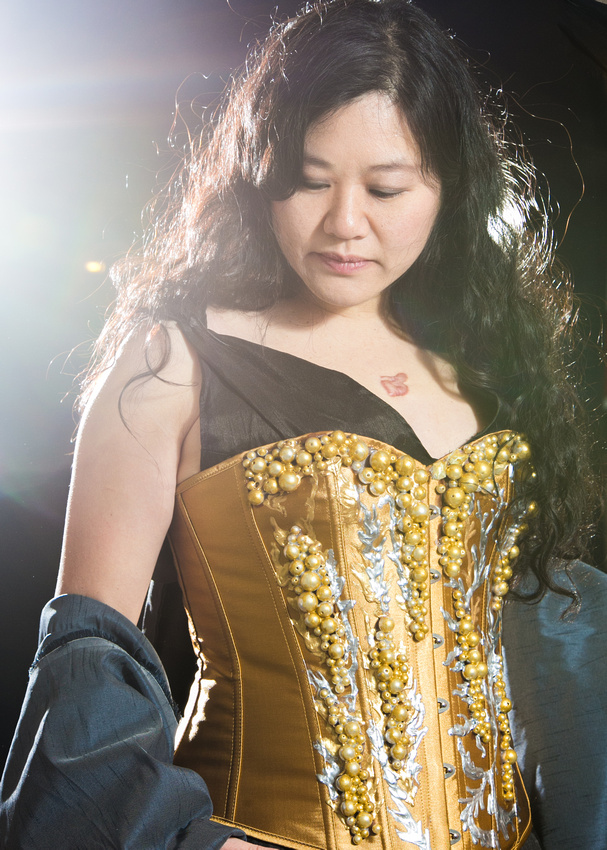 The challenge of a fog machine is you just don't know what it's going to do. Sometimes you get a little fog, sometimes you can't find the model for all the fog. But the results are usually worth the effort.

The following image came out of my camera so perfectly that no Photoshop was needed. I feel like it shows Athena in the clouds watching over her people and lands. I love how  this image just came together. 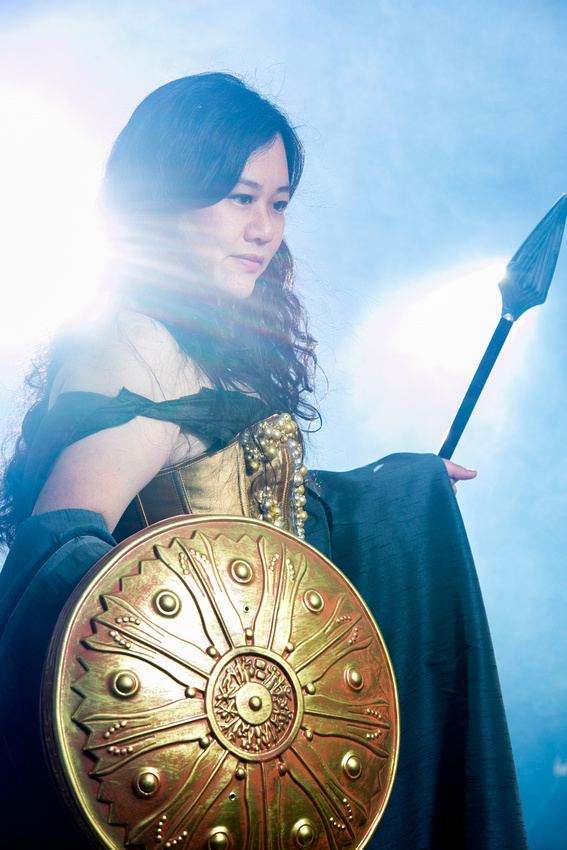 These next  two are composites. I wanted to show Athena with the symbol of wisdom so used a stock image of an owl to bring forth the warrior and the wisdom. 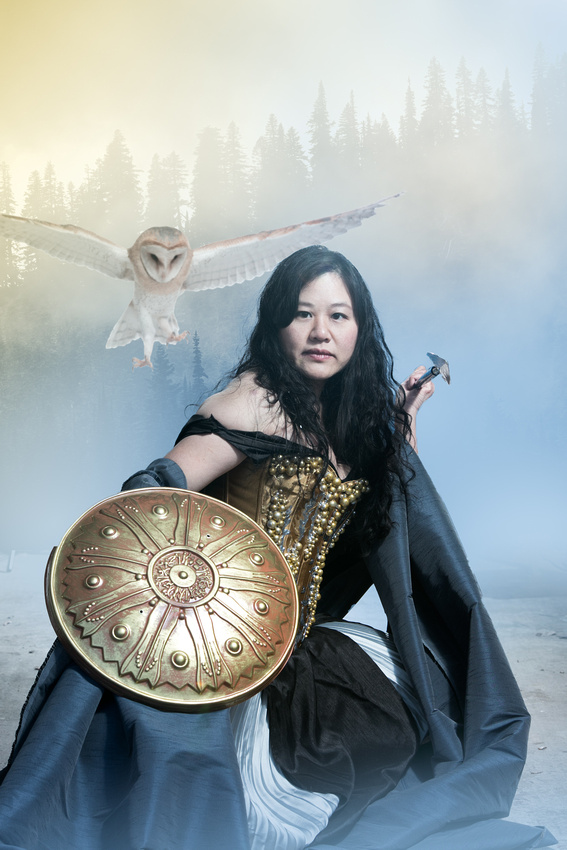 Working with Alexis on this project was a pure joy.

I will be blogging about many more goddesses so stay tuned. Next up is Skadi, the Norse goddess of the winter